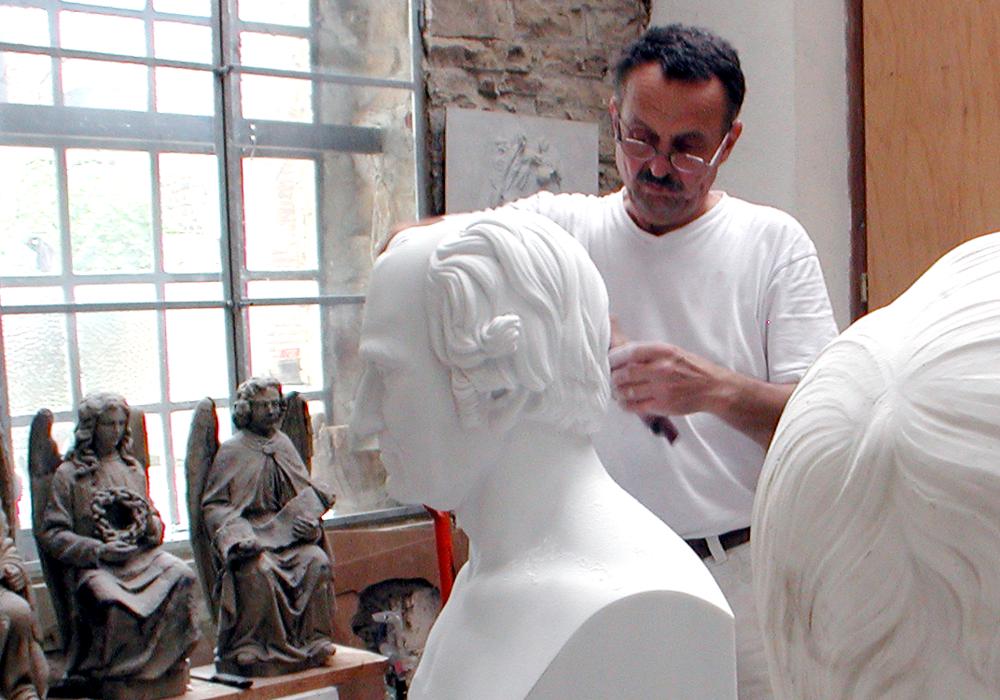 In 1943 Rusu was born in Bucharest and studied sculpture in Romania. 1973 he escaped to the West and has now settled in the Rhineland and the Bergisches Land. He worked among other things at the Cologne Cathedral and the Cologne City Hall. In Germany, he learned the art of art casting and has been working as a freelance art caster and conservator in Solingen since 1980.

The contact with ŞerbanRusu, who has been working for SCHMEES art for a long time, became even more intense due to the company’s seventieth birthday. The employees casted a bust of the jubilee in stainless steel on Dieter Schmees’ birthday. As the jubilarianwas to be surprised, the artist only had three photographs available to create the wax model for the investment casting process. The result is further evidence of the devotion of Rusu to his objects.