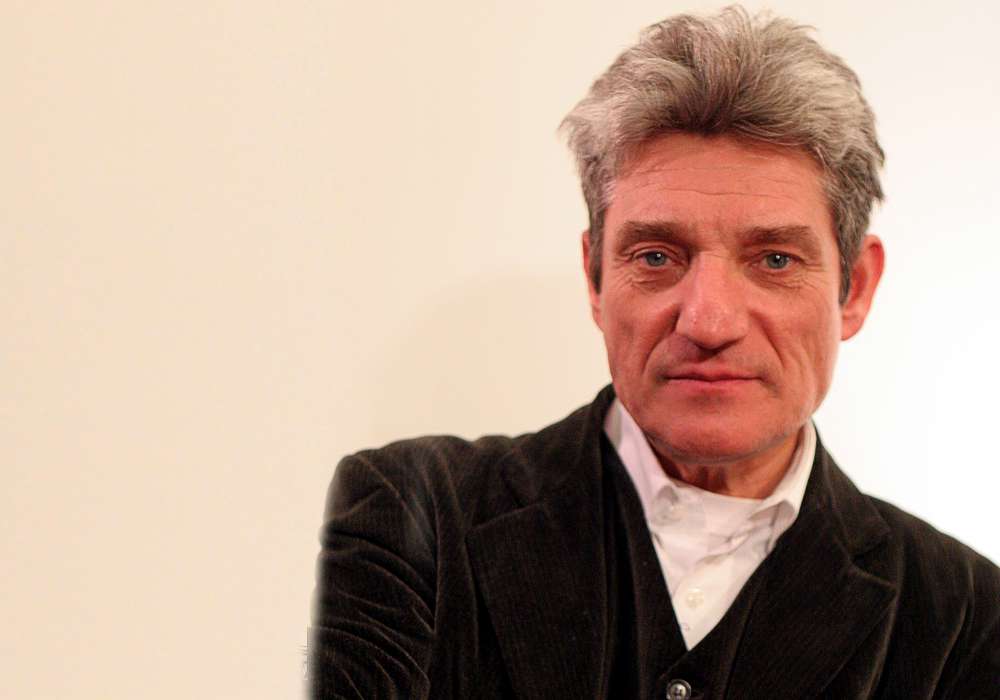 The Herford-born artist could simply be called a true “all-rounder”. His impressive oeuvre is a symbiosis of music, dance, theater, drawing, painting, sculpture, installations and architecture. From 1973 to 1979 the educated shop window designer studied at the Kunstakademie Düsseldorf. In 1980 he opened his first exhibitions, in 1987 his first work of art was created in the public space with “Faust II Sunrise and Heavenly Waters”, a wall and fountain mosaic in the Landeszentralbank, Frankfurt / Main.

From 1983 to 2006, he conducted numerous lecture courses, including the Kassel Art College and the Savannah College of Art and Design in Georgia, USA.

The good relationship between Gläsker and the company SCHMEES in Langenfeld is also based on the proximity to Düsseldorf, where the artist lives and works. So it doesn’t come as a surprise that two of his works are to be seen in Langenfeld, the “world mirror” (2008) at the St. Martinus church and the wall relief “Chaos und Order” (2001) at the cultural center.